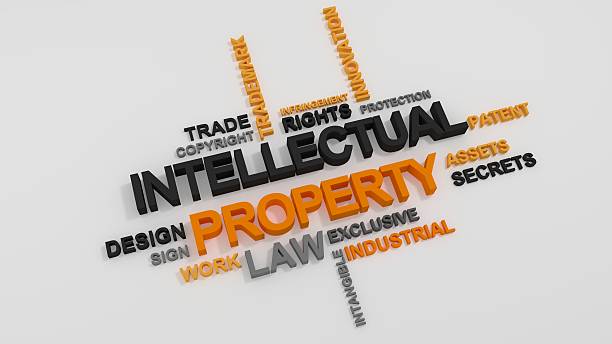 When the Uruguay Round of GATT Negotiations commenced and proposals to include IndustrialProperties as part of global trade regulations were put forth, India along with countries like Brazil,South Africa and few other fast growing developing countries took the lead to oppose the movevehemently. Later, when the USTR (United States Trade Representative), Ms Cara Hills and later Mr.Mickey Cantor came to India for negotiations, IDMA was very firm to oppose IPR inclusion in GATT.India’s representatives in Uruguay Round negotiations like Mrs. Jayeshree Watal and Mr. A.V. Ganesanensured to protect India’s position on IPR and to protect India’s interest in Agriculture andpharmaceuticals. Later, Sir Arthur Dunkel, the then Director General of GATT (General Agreement onTrade and Tariff, Geneva) was entrusted the task of drafting the compromise consensus draftresulting from Uruguay Round negotiations, visited India repeatedly. IDMA had meetings with Dr.Dunkel and expressed our reservations and concerns on the proposed “Dunkel Draft”, which later,after further amendments and adjustments got unanimously adopted in 1994 at Marrakesh.Consequently, the TRIPs (Trade Related Aspects of Intellectual Property Rights) Agreement, alongwith the WTO (World Trade Organisation) Treaty got adopted, effective 1.1.1995. India ratified bothby becoming a signatory thereof, effective, 1995.

Consequently, India needed to take effective steps to amend India’s Patents Act, 1970 to comply withTRIPs provisions with Transition Provisions of TRIPs under Article 65. India (having has no productpatent regime earlier) had five years to implement TRIPs alongwith an additional five years,optionally. Under Article 70(8) protection of existing subject matter in pharmaceutical andagricultural products and under Article 70(9), India was to grant EMR (Exclusive Marketing Rights)till India became fully TRIPs compliant with regard to grant of “Product Patents” in all fields and for aperiod of 20 years, as per provisions of Article 27 of TRIPs. To comply with these transitionalarrangements, India came out with an Ordinance on 1.1.1995 giving effect to EMR (ExclusiveMarketing Rights) and for “a mail box” status for all product patent applications filed with effect from1.1.1995 till grant or rejection of the product patent application when examined. However, EMRapplications needed to be filed, subject to opposition. One EMR for Novartis’s Gleevec (ImatinibMesylate) got granted after Opposition and Litigation. IDMA under the leadership of late eminent

experts like Dr. Vedaraman (ex. Controller General of Patents), Dr. B.K. Keleaya (National WorkingGroup sponsored by IDMA among others), Dr. B.N. Roy (IPR Head of Lupin) and in consultation withthe eminent Judicial luminary Shri (J) V.R. Krishna Iyer, strategized the post WTO/TRIPs road map forIDMA and Indian pharmaceutical industry. The 1st Patent Amendment Bill to ratify the notification of1.1.1995, got defeated in Parliament, spearheaded by BJP, who was in the Opposition. As such, Indiadefaulted on its Treaty obligation under WTO and TRIPs. Consequently, India was dragged to the DSB(Dispute Settlement Body) under WTO. India had the privilege of being one of the early Defendantsunder TRIPs violation, the Complainants being USA and Europe. The DSB found fault with India andsought immediate compliance by India. By that time, BJP had won the election and had formed theGovernment in India. As ordered in WTO, India proceeded to adopt the 1st Amendment to Patents Act,1970 in March,1999, unanimously with retrospective effect from 1.1.1995.

The Second Amendment to Patents Act, 1970 was proposed in 2002 which adopted as on 20.5.2003,giving effect to uniform patent term of 20 years, and due provisions. The most important amendmentsto give effect to product patents for all fields of invention which was the main requirement of TRIPs,was still pending. These Amendments, were proposed on an Ordinance notified presented toParliament on 24.12.2004 followed by a draft Patents Amendment Rules on 26.12.2004, presentingthe procedures for compliance of the Third Patent Amendment Bill proposing product patentsuniformly (for 20 years) for all fields along with other “controversial” amendments which werepresented and faced through rough weather in the Parliament. Just as in case of the first amendmentsof 1.1.1995, the Indian Government was facing the challenge of once again being dragged to the DSBfor violation and non-compliance to TRIPs.

Grounds for a general review and relook at the Patents Act, 1970

India is not the same “weakling” developing nation as in the early 1990’s when TRIPs negotiationstook place. The craftsmen of the Amendments (1st, 2nd and 3rd) did a really good job of creating a “trulybalanced patent law”, as required for a developing country. Many salient features of the Indian PatentAct provisions were adopted by other developing Nations too. However, a few of the glitches in thecurrent Patents Act, 1970 need to be rectified and the original sane provisions restored. Few examplesare as follows:

Among these proposed procedural amendments, a review of few provisions like the “Pre-grantrepresentation for Opposition” under Section 25(1) and the “Explanation” to Sec 3(d) (if deemed fit)may also be reviewed bringing the provisions of the (Indian) Patents Act, 1970 as per globalstandards. India has become a global leader on its own pride and respect. While the (Indian) PatentsAct, 1970 has stood the test of time as well as scrutiny for TRIPs Compliance, a voluntary self-reviewwill add more respect for India and India’s Patents Act, 1970. 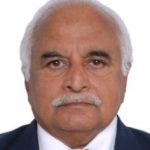 Dr. Nair is also a Law (LL.B) graduate from Mumbai University. He is IPR Committee Chairman of Indian Drug Manufacturers’ Association (IDMA). Dr. Nair has many articles and publications to his credit, including valid granted Indian patent, as an Inventor. 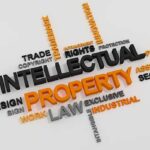 When the Uruguay Round of GATT Negotiations commenced and proposals